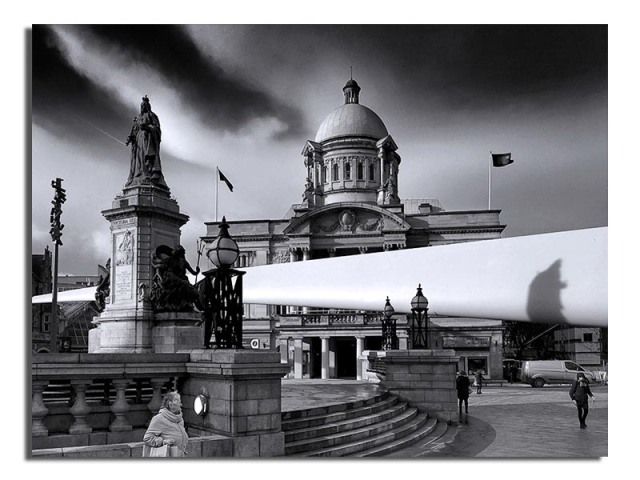 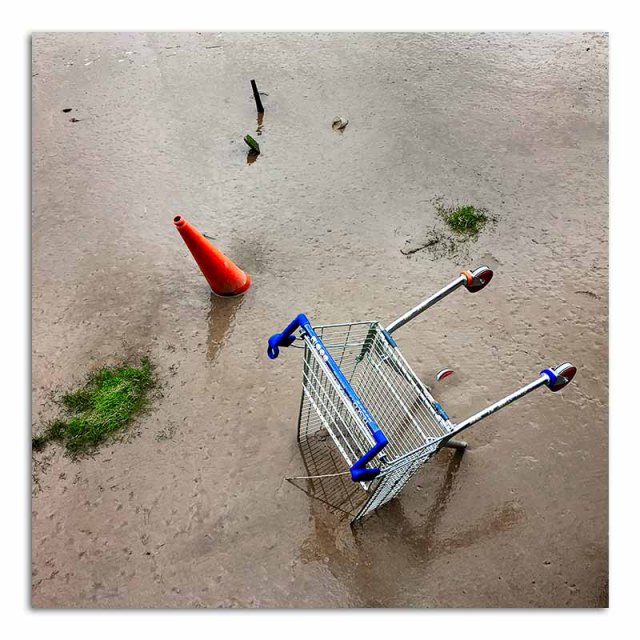 Welcome to the 2017 European City of Culture (An European Union (EU) sponsored event) – Kingston upon Hull.  I visited the city yesterday with my good friend David Manley and found a city not really ready to host the year long festival.   All around there are things being built or renovated.  I suspect that the main events of the year will take place during the summer months and public holidays.  Yesterday just seemed to be just another day in Kingston upon Hull.

Yet the irony of the city holding this title whilst heavily voting to Leave the EU  is set deep into the DNA of the city.   The town itself is a medieval newtown created by Edward 1st, initially to support his campaigns against the scots but very quickly becoming very rich on trade with the Hanseatic League.   In every sense of the word Kingston upon Hull is a product of trade with Europe – yet the vote to leave.

The most ironic display of all , The Blade, sits large and proud in Queen Victoria Square.  This is a blade from a marine wind turbine produced in the city by the engineering company Siemens.   Siemens of course is a proud German engineering company based at the heart of the Holy Roman Empire, Nuremberg and the drive towards renewable energy is something that has been  very much a European Union priority.   The good people of the city have benefited from these European decisions and yet they voted to leave.

Away from the politics the Ferens Art Gallery was a wonderful example of what a regional art gallery should be.   It was well stocked with paintings really well displayed.  Of course it is impossible on just one visit to separate those paintings and images that are there permanently and those on loan for the year long festival.  However,  this is what regional art galleries should be like full of interesting imagery in any case with many images displayed from the national collection away from the greedy institutions of London.   OK that last sentence did seem to be loaded with political malice so I guess I’m not going to be able free myself from the politics of it all!   Ferens is well worth a visit.

Actually Kingston itself is well worth a visit.  It is a strange amalgam of medieval old town and imperial bombast.  The trip to Kingston is worth making on its own just to view the magnificent late Victorian Guildhall with some of the most over the top sculptures sitting on proud display on the roof.  The old town itself does retain quite an interesting feel, similar to that I found in those other two great Hanseatic League ports of Boston and King’s Lynn.  The only difference is that Kingston upon Hull was much larger!

So they you have it the new European City of Culture 2017.  A place that is well worth the visit if only to discover that England at the end of the line is just as fascinating as the gobbling monster at its centre.  I found a wonderful openness to the place and I am sure that once all the work has been completed it will really benefit from all the European Union investment just in time to wave goodbye to the chief benefactor.   Who said the people of Hull don’t have a sense of humour?

PS – According to the Kingston upon Hull entry in Wikipedia the port of Kingston upon Hull was responsible for the distribution of a new form of STD to the rest of Europe in the 17th century.   The STD had come from the new British colonies in the Americas.  Who said history doesn’t repeat itself?

An artist, historian and middle aged man who'se aim in life is to try and enjoy as much of it as he can
View all posts by Guthlac →
This entry was posted in Brexit, European Referendum, Photography, Winter and tagged Boston, European City of Culture 2017, Ferens Art Gallery, Hanseatic League, Kings Lynn, Kingston upon Hull, Syphilis, Wind Turbine. Bookmark the permalink.