Over the past few days I have been consuming a strange bag of creative dishes.  Earlier this week I watched the rather enjoyable movie Man Up starring Lake Bell (the link gives you a feel for what I mean) and Simon Pegg.  It is hardly a groundbreaking Rom Com but that doesn’t prevent it being highly enjoyable watch with Ms Bell’s English accent being almost perfect.  However, Lake is also the one big problem with the film.  Her performance is great but we are asked by the filmmakers to believe that someone as attractive as Lake Bell would have great difficulty finding a date.  I know she has been damaged by a previous relationship but the conceipt does take some swallowing.  If you can get over this problem then the movie romps along with all the usual capers to the not unexpected conclusion. 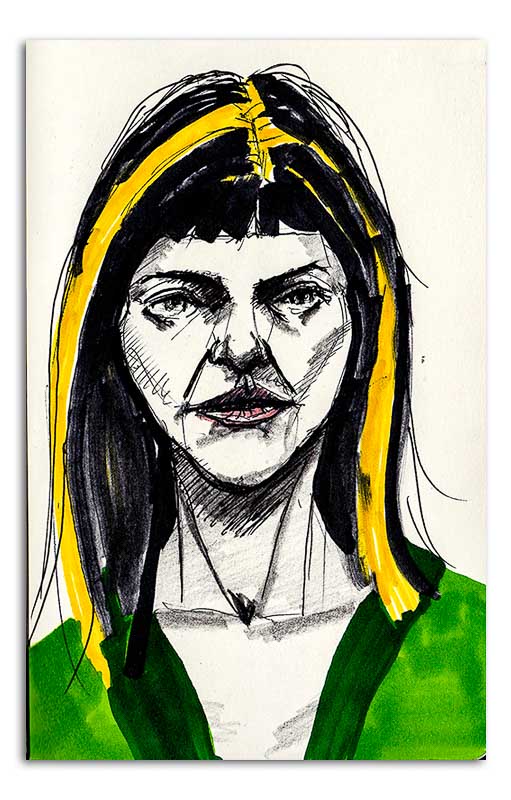 At the same time I am also listening to the audiobook of Harry Potter and the Half Blood Prince.  I mentioned recently we had a Potter fest and watched all of the movies which lead me to listen to the this book.   It also inspired me to draw Narcissa Malfoy which doesn’t really match too closely the description in the book.  However, neither does Helen McCrory depiction in the film so I guess I’m in good company of sorts.

An artist, historian and middle aged man who'se aim in life is to try and enjoy as much of it as he can
View all posts by Guthlac →
This entry was posted in Art and tagged drawing, Harry Potter, Helen McCrory, Lake Bell, Man Up, Narcissa Malfoy, portrait, woman. Bookmark the permalink.