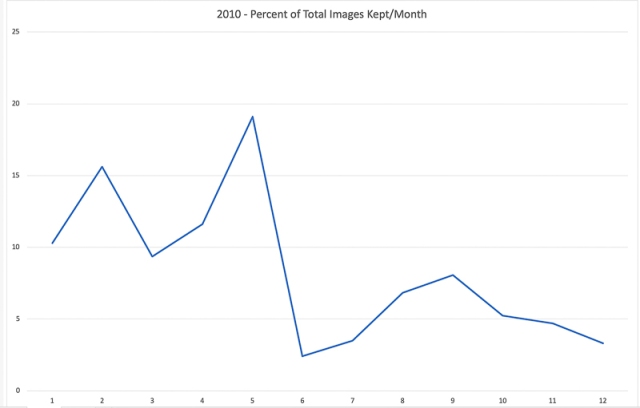 Whether we like it or not digital photography is just a series of ones and zeros.  Numbers matter nearly as much as any aesthetic value.  Fortunately, the small gap between aesthetics and arithmetic is sufficient to allow the human brain to decide what is and what is not a good photograph  (this is about as subjective as things get but we all know when we see a great image.)

So why the graph?  As I mentioned yesterday I am remastering images from my photographic catalogue.  I decided to start at 2010 because I thought it was before my photographic barren years 2011 – 2014ish.   However, as I was working through the images I discovered that the barren period started in June 2010, some 6 months or so before I thought.  The graph above clearly shows the collapse in output.   What it doesn’t show is the qualitative technical change  in the images I captured after June.   The next graph does that. 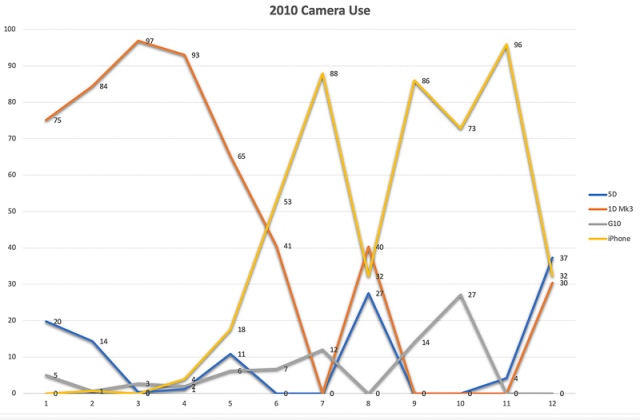 As can be seen first few months the year most of the images were captured using the then state of the art Canon 1D Mk3 using a significant array of Canon L series lenses.   The tipping point is June as this is where the iPhone replaced the Canon 1D Mk3 as my camera of choice to capture images. Apart from a small recovery in August of that year the iPhone ruled the roost and continued to do so for much of the next three years.  Anyone who knows anything about digital photography there is no real comparison the Canon and the iPhone 3G, my phone at the time.   Yet this is the camera I choose.

Are there any lessons that can be drawn from this?   Well I guess there might be one or two but for me the most important one is that you just don’t know what is around the next corner.   Things may well change very quickly before your eyes and really you just have to adapt to changed circumstances.

As for the photography before the crash I will publish a few more in the next post.  However, here is one to be going on with. 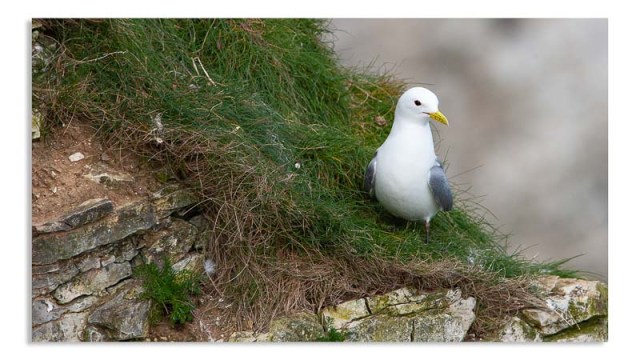 An artist, historian and middle aged man who'se aim in life is to try and enjoy as much of it as he can
View all posts by Guthlac →
This entry was posted in Photography, Remastered, Spring and tagged Bempton Cliffs, Canon 1D Mk 3, iphone, iPhone 3G, iphoneography, Kittiwake, photography. Bookmark the permalink.