All I need is the Air that I breathe

I wonder if this is how it felt just before the Titanic hit the iceberg?   The calm before the storm?  I haven’t got the first clue but I suspect I am in good company as nobody has the first clue how the next fortnight will work out.   I think this is a running theme of the Boris Johnson premiership – nobody has a clue as to how things are going to work out.   The only saving grace is that at least our PM’s actions haven’t made a major conflict in the Middle East much more likely (not that the Syrian Civil war hasn’t been hell on earth for many people caught up in it).   No that prize goes to you know who.    His most bizarre defence was that Syria is 7000 miles from America.   That distance didn’t manage to stop 9/11.   We don’t live in a time when distance has any bearing on the consequences of our actions and what might sound great to the base may well inflame your enemies into action with appalling consequences.

One final thought which should chill everyone to the bone.   The New York Times is reporting that there are 250 (ish) American nuclear weapons just a couple hundred miles from the war on the border between Turkey and Syria.   Now I am sure they are very well guarded and can only be armed when required.  I’m sure…I think I am?  Am I? 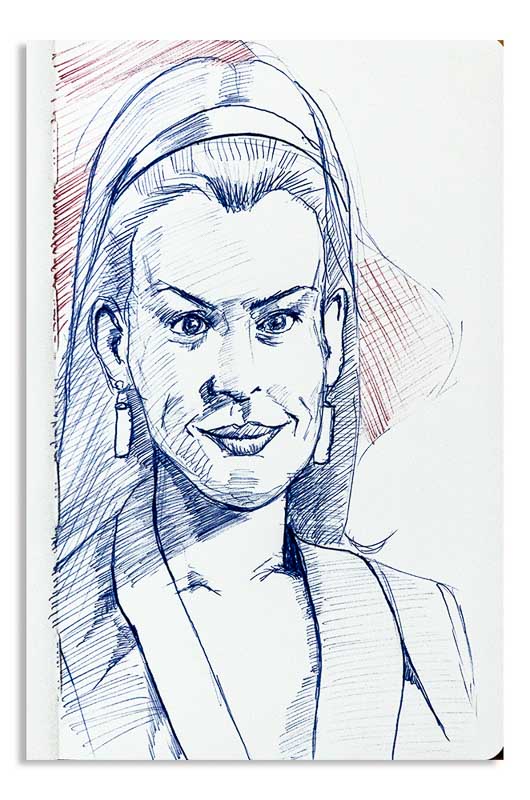 An artist, historian and middle aged man who'se aim in life is to try and enjoy as much of it as he can
View all posts by Guthlac →
This entry was posted in American Politics, Art, Brexit, Conservative Party, Donald Trump, ink drawing, Politics and tagged 100 Days, Brexit, photography, portrait, sketch, Syria, Turkey, woman. Bookmark the permalink.