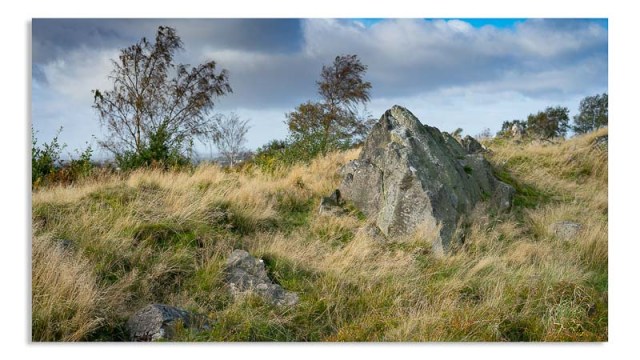 The Warren Hills can be described as the roof of Leicestershire.  This sounds very dramatic but compared to say the Alps it isn’t really.  However, it does have its moments:  For one thing on a clear day it has spectacular views across the heart of the Midlands – to the south Birmingham and the Malvern Hills and to the north the Trent valley, Derby, Nottingham and the Peak District hills in the distance.   However, the greatest story unfolds beneath your feet where rocks dating back to the Ediacaran period, more than half a billion years ago,  stand silent witness to all that passes. 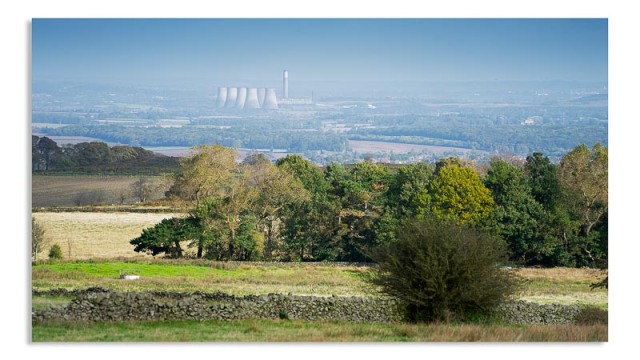 On a more human timescale a changing story unfolds as well.  To the north the man made monster of Ratcliffe power station sits silently in the forlorn hope that it might be called upon to once generate electricity.  These calls are fewer and further apart as Britain slowly moves towards a low carbon generating ecosystem.  To the south the mines of the Leicestershire  coalfield, that once feed Ratcliffe and its long demolished sisters,  have all disappeared to be replaced by the National Forest and warehouses.   Both north and south of Warren Hills vast acres of warehouses stretch out proving that Napoleon was right when he described England as a nation of shopkeepers.  Of course he could never have anticipated the internet so now it would probably be better to say we are nation of online shoppers.  As if to reinforce this one of the largest sheds that can be seen from Warren Hills is a vast blue Amazon distribution centre – a second one is opening very soon near to Ratcliffe power station.   At one time Leicestershire had the greatest amount of mineral extraction in the country – now it is the home to the largest concentration of Amazon sheds.   You can decide whether this is a good thing or bad.

An artist, historian and middle aged man who'se aim in life is to try and enjoy as much of it as he can
View all posts by Guthlac →
This entry was posted in 100 Days, autumn, Photography and tagged 100 Days, amazon, autumn, charnwood Forest, Charnwood Hills, Deep Time, Distribution Centres, Ediacaran, LFE Services, Lorries, Napoleon, photography, Ratcliffe on Soar power station, Transportation, Warehouses. Bookmark the permalink.