Brexit means Brexit and we’re going’ to make a mess of it…. 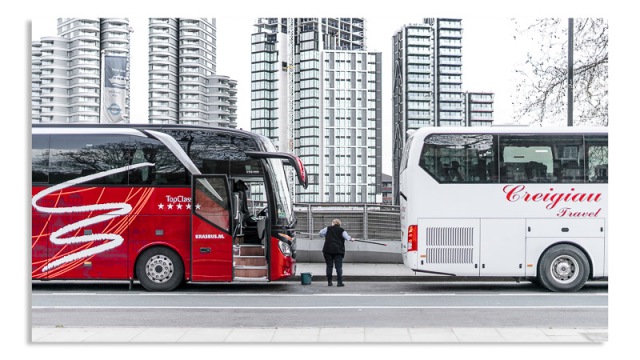 Another day another location in Brexit Britain.  Yesterday it was the big one – London.   Of course there are as many Londons as there are people who live in London let alone those who visit the city state.   This was my London.

As I walked around Whitehall I was struck by the number of young students there were.   There excitement seemed to blanket me and I ended up feeling a profound sense of optimism for the future.  Given everything that was happening around them and me that was some achievement.

I suspect it was a quiet day  in and around Parliament square as nothing of great import was taking place.  Yet I couldn’t escape the feeling that this was all too familiar and then it struck me the whole industry that has sprung up had the feel of an English country fair.   The man difference I could see between the remainers and leavers was that leavers were mainly old white men who appeared to be more intense. I am happy to accept that this could be  because as a remainer myself it was my personal prejudice shaping how I saw things.  I’m sure that they were all wonderful people underneath – however they all seemed to be a bit more tense than the remainers.

I have also now worked out why Brexit is taking so long to come to some form of conclusion – London is making too much money out of all the tourists! London Eye – tick; Tower of London – tick; Buckingham Palace – tick – Palace of Westminster – tick, tick, tick.  I overheard one young woman from the states on the  phone to her mom saying how she had just seen Theresa May being whisked out of Parliament.

Away from the tourists London was also full of the usual unique behaviour and styles that make it such a vibrant and exciting place to visit.  It is a place where you can go and be yourself no matter what.  Of course it is a place where  big business goes to make serious money and too many people for whatever reason fall through the cracks of society and find themselves on the on the street.

So what does this say about Brexit?   Well it seems to be something that is affecting other people.   People who don’t live in the city state but more likely the council estate.   People who have no real feeling nor affiliation for London and everything it stands for.  Even in and around Westminster Brexit had an unreal feel – more tourist attraction with plenty of walk on parts rather than something that was a serious pursuit.   The country may be in a state but that wasn’t really reflected on the streets of Camden and Westminster yesterday.

An artist, historian and middle aged man who'se aim in life is to try and enjoy as much of it as he can
View all posts by Guthlac →
This entry was posted in Brexit, Brexit Britain, Photography and tagged Brexit Britain, Camden, Central London, google, Palace of Westminster, photography, Street Photography, tourist, Westminster. Bookmark the permalink.

1 Response to Brexit Britain No. 13