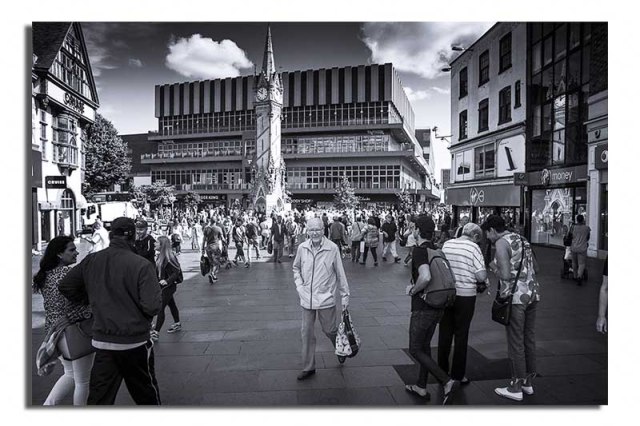 “If in doubt of what to photograph then just spend some time walking around places that you know….” as Tyrion might have said a wise man once said.  Of course this is nonsense but the view hasn’t changed that much in nearly 2000 years.   It is Eastgate in Leicester which, as the name suggests is where the East gate was.  The east gate in question is Roman in origin and it is where the Fosse Way left the Roman town on its journey to Lincoln.   Beyond the wall were small holdings and no doubt there would have been a gathering by the small hill just outside the gate.

In medieval time the area of the Clock tower was also a place to gather that eventually coalesced as the place where people came to buy coal and the modern Clock Tower was known as Coal Hill.   The many voices and languages that can be heard today as you stand in Eastgate would also have been replicated throughout time with the Roman period being the most cosmopolitan.  In the Medieval period the accents of Flemish and German merchants would also have been heard but perhaps in not such great numbers as before.   Today Leicester is rightly proud of the racial mix of its population which on the whole get along with one another.  Nothing is perfect but it does show that people of different cultures can live together without too many problems.   As for the wall and the gate – much of that disappeared during the medieval period. 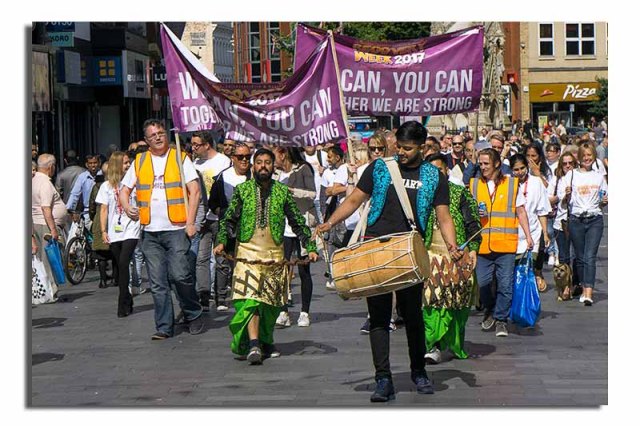 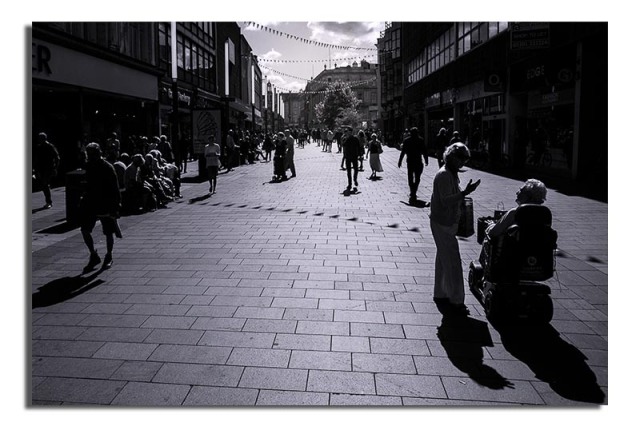 An artist, historian and middle aged man who'se aim in life is to try and enjoy as much of it as he can
View all posts by Guthlac →
This entry was posted in autumn, Photography and tagged autumn, City of Leicester, Clock Tower, Coal, Coal Hill, Eastgate, Flemish, Fosse Way, Germany, photography, Roman, Roman Road, Street Photography, Tyrion. Bookmark the permalink.