Time for a Breather…. 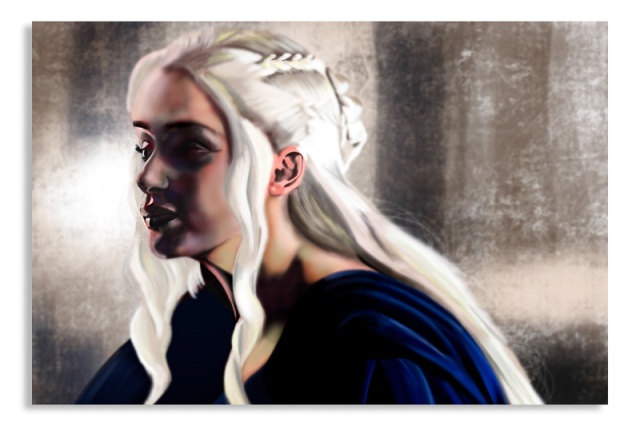 Over the past few days I have been rewatching Game of Thrones and especially the last season and I have to say on the whole it isn’t that bad.   I would agree that it did seem somewhat rushed.  I guess some on the internet would argue that it was rubbish and that is fine but it is also worth recalling that it is just fantasy and isn’t real.

An artist, historian and middle aged man who'se aim in life is to try and enjoy as much of it as he can
View all posts by Guthlac →
This entry was posted in Apple Pencil, Art, Digital Painting, Procreate and tagged Apple Pencil, Daenerys Targaryen, Digital Painting, Emilia Clarke, Game of Thrones, portrait, Procreate, woman. Bookmark the permalink.