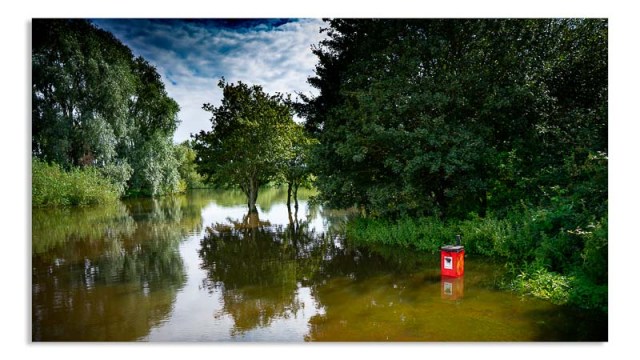 As I mentioned yesterday we have had a significant amount of rain in a very short amount of time.  To the north of the country this has caused many problems where bridges have been washed away, houses inundated and the possibility of a dam giving way and destroying a village that is standing its shadow.

More locally the flood projection has appeared to work again with our local park flooding to take up the excess water.   This is not unusual apart from two things:  Firstly this, as far as I can recall, has never happened in the height of the summer and secondly the depth of flooding has never been so great.   Now of course these two observations are very anecdotal and there are many things that could affect them, an example might be that something downstream might have meant the water could not pass as quickly so causing it to back up. 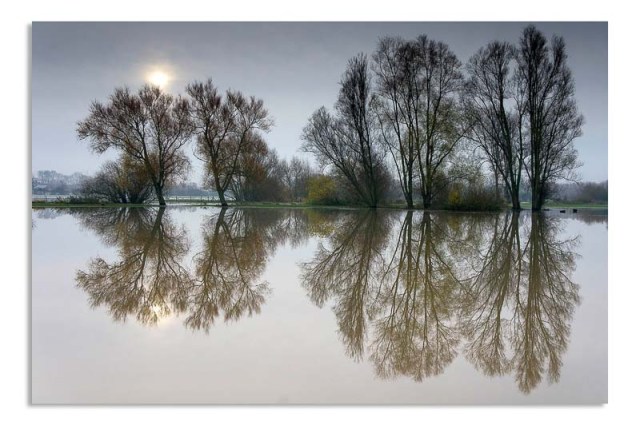 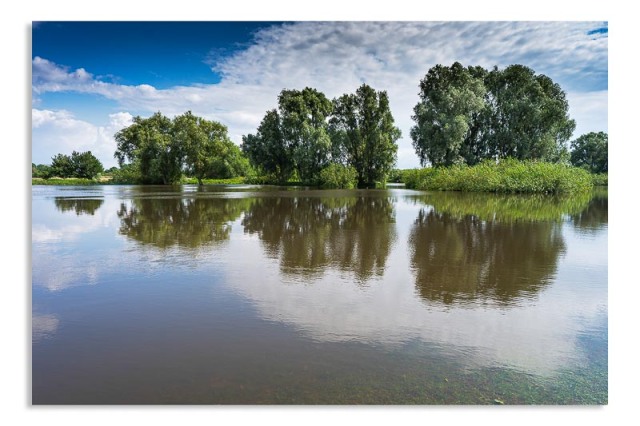 From a photography perspective it is does cause an obvious problem – electronic cameras and lenses and water don’t really mix.   So unless you are willing to ruin all your equipment (shock horror I’m not) then there is only so much you can achieve.   This was bought home to me yesterday when a woman  decided to wade into the flood water to take her dog for a walk/swim (I really don’t know why but there we are.) .  Whilst it appeared that the water was only 40/50cm deep it suddenly became over a metre deep and though she had dressed in waterproof trousers and wellies she was clearly taken by surprise by just how deep the water.  (She was never in any danger and was able to wade out of the water safely if a lot wetter than she planned I suspect!) .  But what if she had been carrying camera gear?   (Of course she could have been carrying her phone in her back pocket which would have course been submerged!) .  Well the equipment could have been damaged by the sudden change in the deepth. 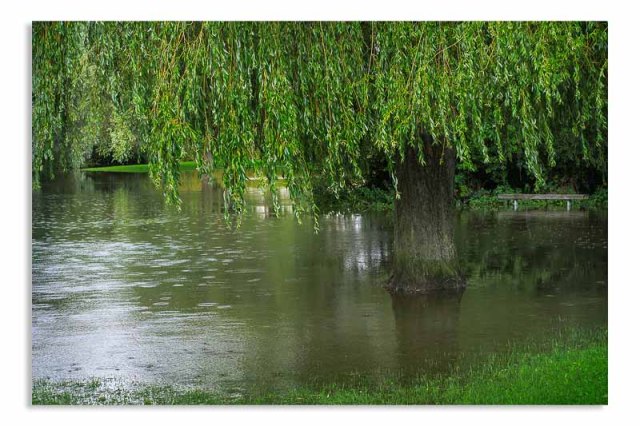 So unless you are brave, foolhardy or rich the conditions compromise just what you can capture.   This should come as little surprise because that is always so.  I choose the path of least resistance and stayed on the temporary shore line.  Brave aren’t I? 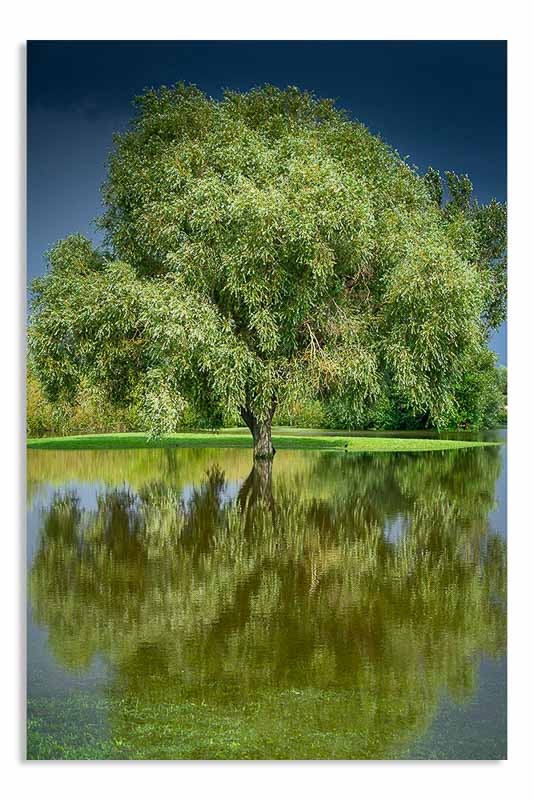 An artist, historian and middle aged man who'se aim in life is to try and enjoy as much of it as he can
View all posts by Guthlac →
This entry was posted in Jubilee Park, Photography and tagged Flooding, Jubilee Park, photography, River Soar, Summer. Bookmark the permalink.