The votes have been cast and the result is in:  the Liberal Democrats have won back the Brecon and Radnorshire seat from the Conservatives.  This was the 18th winnable seat for the Liberal Democrats based on the last General Election so overall a very good result.  However, before the champagne corks pop too much it might be worth while digging a little deeper to see what, if any, lessons can be drawn from just one by election in August.

It was a close run thing.

A win is a win but it is worth mentioning that is was really quite a close.   This seat is usually a battle between the Conservatives and the Liberal Democrats and since 1983 the average swing from one to another has been 7.6%.   This one was only 4.5% so it was a lot tighter than the victorious Liberal Democrats would let you believe. It was a really good night for Boris Johnson

This may well seem counterintuitive as his majority in the House of Commons has effectively disappeared but this was a really good night for the Conservatives and Boris Johnson in particular.   They only just lost the by election with a candidate whose conviction for fiddling his parliamentary expenses   caused the by election in the first place.  They also appear to have had decisive victory against   the Brexit Party who only got 10.5% of the vote. (In the European Elections the Brexit Party received 35.3% of the vote in Powys.  Powys is made up of 2 Westminster constituencies of roughly the same size so it would seem reasonable to assume that the Brexit Party vote is evenly distributed between the two seats as both are very rural seats with a similar number of Liberal Democrat voters in each.) .  So the Conservatives almost won with a convicted felon and reduced the Brexit Party vote by over two thirds.  That may well be classed as evidence of a Boris Bounce – maybe.

Labour had yet another bad day at the office.

Labour was never going to win this seat as the last time they had held it was 1974.  Since then it has been a fight between the Conservatives and the Liberals later Liberal Democrats.   However they have always had a solid showing. 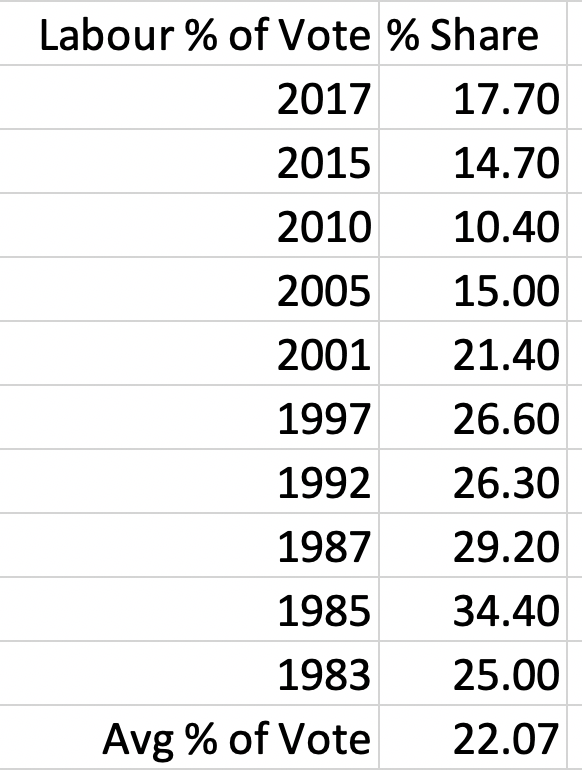 Of course there may have been boundary changes during this time that might have affected the tradition Labour vote in the constituency.  Nonetheless they have always managed double figures.   This time they only got 5.3% of the vote – just under half of the Brexit Party vote.   It is even less than the European Election vote of 7.38% for Powys as a whole.   Even the Peterborough win saw the Labour share of the vote fall by  17.16 % of the vote.  It doesn’t matter how much spin you might want to put on the recent Labour performance it isn’t very good, especially given the state of the Conservative party during the same period.

The Brexit Party is starting to look like UKIP

It is very difficult to draw any meaningful data about the Brexit Party as they have only existed for less than  8 months.  However, if the performance at Brecon and Radnorshire is any indicator they are quickly becoming yet another Farage failure.   In the space of a few months they have managed to lose two thirds of their voters to what appears to be a resurgent Conservative Party  (It is hard to believe that the voters went to the Liberal Democrats.) .  If this is the case then this might explain what Farage was doing in the USA helping to launch a Brexit pressure group in Michigan of all places.   He may well be out of a job by the end of October so I guess he has to look how he will earn a crust with Christmas on the horizon.

Of course before anyone starts planning anything it is worth adding the obvious caveat – this is just one by election result in the middle of the summer holiday season.  This being said it I’m sure it will start to make the calculations of Conservative MPs change as they can see a way of saving their seats which up until a few weeks ago this may well not have been the case.   It really does strengthen Boris Johnson’s position with the Conservatives and possibly the electorate as a whole.  What this result and trend also does is make the Labour Party a lot more wary of calling a vote of no confidence in September.  They may well see their best political advantage being to allow a no deal Brexit happen and then pin everything that goes wrong on to the Conservatives.   After the short parliamentary session in September it will be organisationally very difficult for a new government to be elected and then stop Britain leaving the European Union on the 31st October 2019.

Of course this is all very well and good but a government does have to get its business through the House of Commons and Boris Johnson doesn’t have a majority.   He may well feel buoyed by this result, as well as private polling, to try and force an election in September anyway in the hope of getting the working majority he needs.  Perhaps. 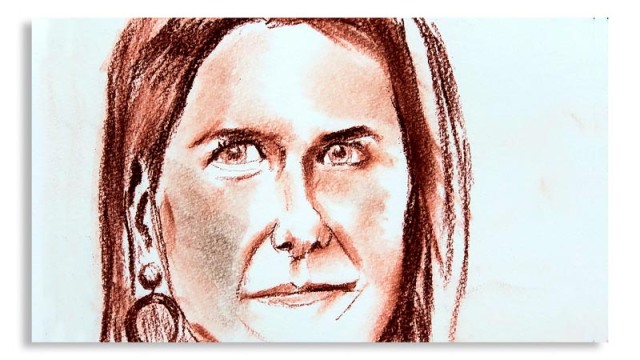 Welcome to the Major’s Jo.

An artist, historian and middle aged man who'se aim in life is to try and enjoy as much of it as he can
View all posts by Guthlac →
This entry was posted in Brexit, Conservative Party, drawing, Labour Party, Liberal Democrats, Politics and tagged 100 Days, Bollocks to Brexit, Boris Johnson, Brecon and Radnorshire By Election, Brexit, Brexit Party, Conservative Party, Jo Swinson, Labour Party, Liberal Democratic Party, Nigel Farage. Bookmark the permalink.