Is Alexander a Clown?…. 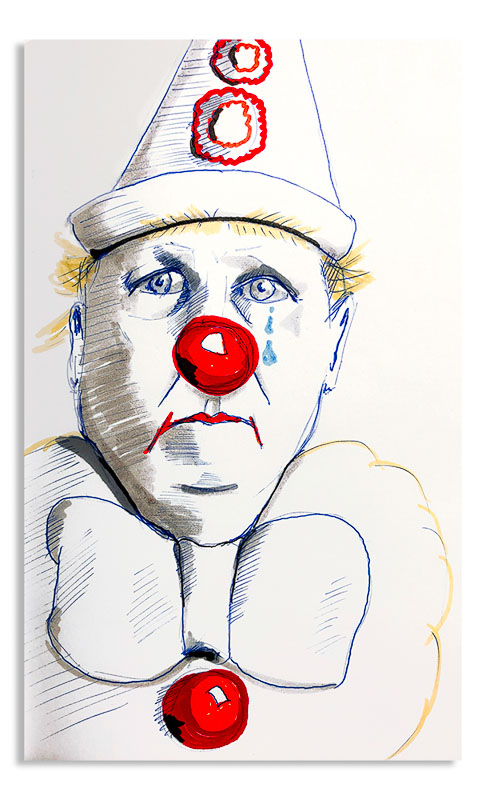 At one level of course he is…at some level we all are.   The difference is that most of us will never have control of the nuclear launch codes.   Is this a problem?   Well I don’t seem to have too much problem sleeping at night with the thought of the world’s largest arsenal and military in control of an even bigger clown so I guess the question is subjective.   Will Alexander Johnson become the next Prime Minister of the United Kingdom of Great Britain and Northern Ireland?  As every day passes it is becoming more likely.

What does this say about the Conservative Party members who probably have the final say as to whether Alexander becomes their party leader.  I’ll leave others to pass comment on that.

An artist, historian and middle aged man who'se aim in life is to try and enjoy as much of it as he can
View all posts by Guthlac →
This entry was posted in Art, Conservative Leadership Battle, Conservative Party, ink drawing and tagged Boris Johnson, Clown, Conservative Party. Bookmark the permalink.